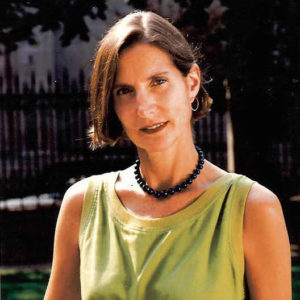 Leslie Armstrong, known to friends as “Lale”, is the author of three books: Girl Intrepid, her new memoir; The Little House, a groundbreaking illustrated manual for both laymen and professional students for the design and construction of small, single family housing; and Space for Dance: An Architectural Design Guide, which was commissioned by the Dance and Design Arts programs of the National Endowment for the Arts.

Although she had wanted to be an architect from an early age, her love of theatre led to exciting summers working on the very early seasons of Gian Carlo Menotti’s Festival of Two Worlds, in Spoleto, Italy, then a brief stint in set design in off-Broadway theatre before starting architecture school at Columbia University. Soon after she was licensed, Lale hung out her shingle as Armstrong Childs Associates, where she and her partners focused on renovating and repurposing buildings for the performing arts, as well as residential and corporate architecture and interiors. Subsequently. she worked with HLW International and the Rockwell Group and now has her own practice.

She and her husband, writer John Bowers, live in New York City. They have five children between them and five grandchildren. Once an avid sailor and a reasonable equestrienne, she remains a middling tennis player, an enthusiastic cook, opera fan, Italophile and Turkophile. She used to knit during the long drives to her husband’s cabin in the Catskills and her own house in the Berkshires, but now that she does all the driving, the knitting has gone by the wayside.