A New York Story of Privilege and Perseverance

It is not easy to be stylish and moving and sad and funny all at once, but Lale Armstrong does it all in Girl Intrepid.

Lale Armstrong tells a juicy pre-feminist rite-of-passage tale, but this book is also a sharp-tongued pathology of privilege, its cluelessness and its cruelty, and she writes about all of it with wit — breezy, ironic, defiant. 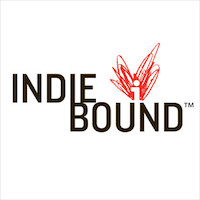 It will be shelved under ‘Autobiography’ or ‘Memoirs,’ but it is also a masterful work of anthropology, a compelling tale of a stubborn female individual coming of age not in Samoa but in upper-class America just before women’s rights kicked in. Laced with a subtle under-wit and sometimes alarming candor, Girl Intrepid will captivate you.

Gail Godwin, A Mother and Two Daughters and A Southern Family

Reads almost like an update of Edith Wharton’s novel House of Mirth about the shadow side of New York high society during the Edwardian era. Armstrong’s vivid account of growing up in that world – and then growing away from it as an adult — serves as a sobering reminder that wealth doesn’t solve (and perhaps complicates) the nagging human need to forge one’s own identity. Armstrong’s torturous journey toward this goal makes for fascinating reading.

Lisa Alther, Kinflicks and Blood Feud: The Hatfields and the McCoys

Lale Armstrong has a powerful gift for narrative, and true to her calling as a designer, every detail is perfect. She sees the New York social whirl with the perceptiveness of Edith Wharton; but she brings a very modern exuberance as she tells the story of a busy coming- of-age, with sidelong glances at the CIA, NASA, the civil rights movement and some of the world ‘s most exotic locales. This is a wonderful joy ride of a book.

Ted Widmer,Young America: The Flowering of Democracy in New York City and Disunion: A History of the Civil War

What an adventure! Architect Lale Armstrong takes us on an incredible ride—in turns joyful, poignant and tragic—through a life that gets to the heart of the generation that came of age just after World War Two.